Fitbit Ultra, the latest update of the original Fitbit, is a step counter, which allows monitoring your overall daily activity. The current version also comes with a new stairclimb detection and has additional features such as a clock and a stopwatch. The small wearable sensor can be clipped onto your clothing or placed in your handbag. It comes with a computer connected base station for charging the sensor and transmitting your data wirelessly from the Fitbit device to your online profile. 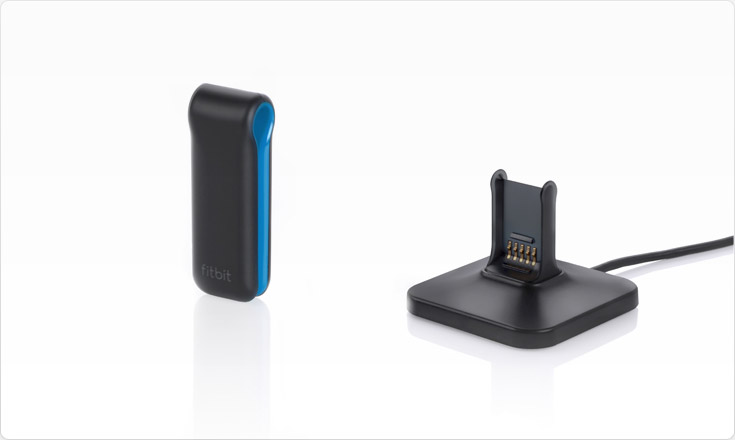 Fitbit visualizes health information and motivates towards an active lifestyle

In its default settings, Fitbit suggests that you take an average of 10,000 steps each day in order to maintain a generally healthy condition. Obviously, this daily target, along with the number of stairs to climb, can be adjusted to your personal needs. Right on the website’s dashboard, you can see how well you’ve achieved your weekly score represented in the number of steps you’ve taken, stairs you’ve climbed, or calories you’ve burned. A number of other stats display ratings such as how long you are active each day, or how long and how well you slept at night. In order to better visualize your stepcount, Fitbit has implemented some game mechanics in the form of badges that are rewarded  according to the number of steps you take. These badges can be linked to foursquare, where they are displayed on 4sq’s website in the partner badges section.

In the website’s log section, you can track other health information such as nutrition, non-stepcount related sport activities or physical parameters such as blood pressure or body weight. Your Fitbit online profile is compatible with Runkeeper’s health graph. When both services are connected, they will automatically share their data, even when obtained from third-party providers such as Withings Wifi Body Scale.

Now, with the product update, Fitbit also features an iPhone application, which helps you track your nourishment and overview your stats on the go. 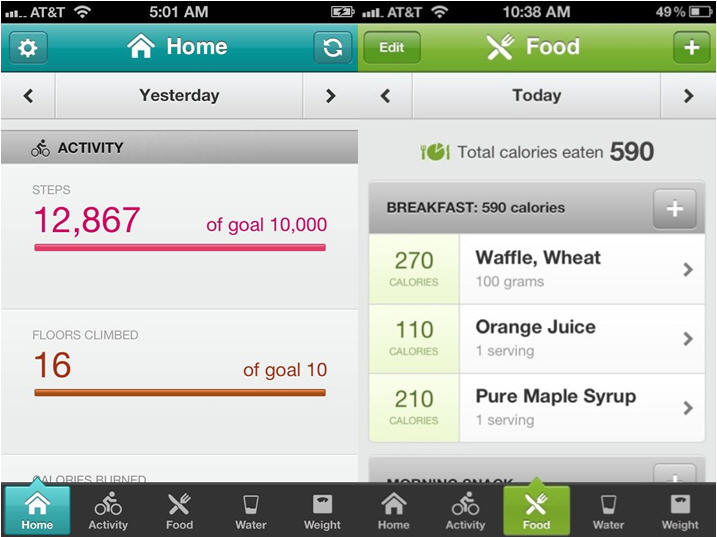 The Fitbit can also be used as a sleep sensor. In order to do so, the device must be attached to an armband, which you wear while sleeping. By measuring your overnight movement, Fitbit detects whether you are asleep or awake, and gives you feedback on your sleep quality. 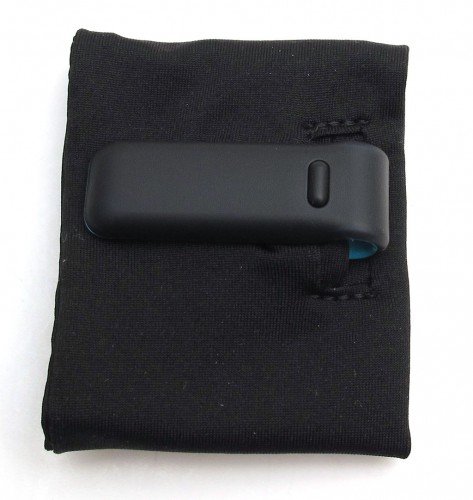 Fitbit does a great job at monitoring your step count. When I compared Fitbit’s count with that of the iPod nano’s pedometer, the results of both sensors were within a 5% tolerance range, which seems to be fairly accurate. Compared to the 2 days battery life of the nano, the Fitbit runs for at least a whole week, which is definitely a more user-friendly experience. The dashboard on Fitbit’s website displays a good overview of your activity stats and the log is a well-structured file for storing one’s health data. For those who want to collect their fitness data at services such as Runkeeper, Fitbit allows you to easily connect your Fitbit profile with them and import your step count to them.

Monitoring your step count and the number of floors that you’ve taken can definitely be a way to keep users engaged in improving their overall physical activity. A lot of people – including myself – feel motivated to walk instead of driving or take the stairs instead of using the elevator when rewarded with positive feedback. Especially allowing Fitbit to  automatically post your stepcount on your Facebook or Twitter account can certainly spur your pride and step up your motivation.

If you want to use Fitbit for sleep tracking as well, it can get a bit fiddly to constantly have to attach it to your armband overnight and then clip it back on to your clothing during the day. Companies such as Jawbone or MyBasis will soon come out with sensors, which can be worn 24/7 as a bracelet or watch, giving them an advantage over Fitbit’s convenience in everyday use. So far however, the Fitbit Ultra definitely remains a well-designed, user-friendly and health-engaging product that has made a great contribution to my personal wellbeing. With their just announced  Aria Wifi Scale, Fitbit has made clear that they are going to continue contributing to a healthier lifestyle even more in the future.

Fitbit Ultra - A Step Towards a Healthier Lifestyle 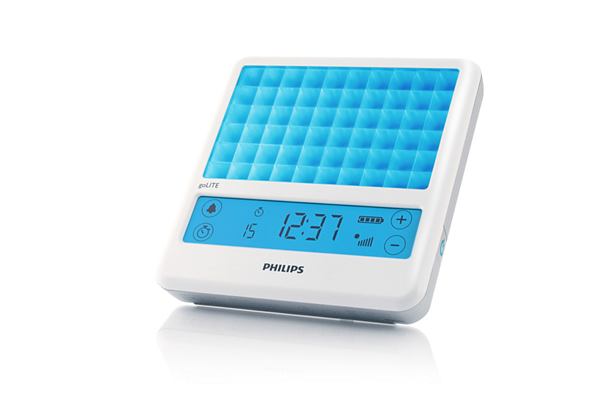