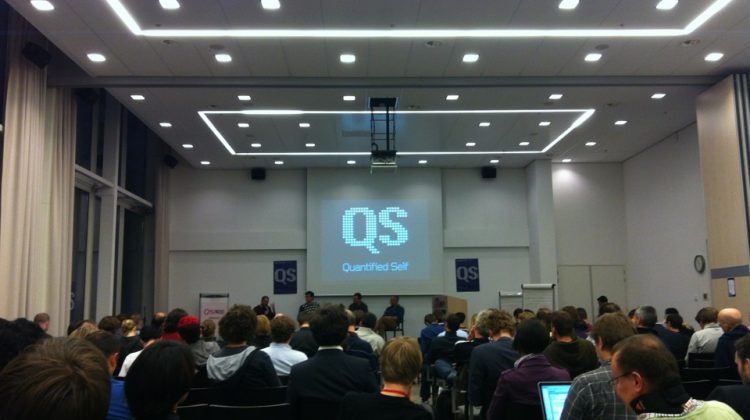 On November 24th and 25th, about 260 people gathered for the first Quantified Self Europe Conference in Amsterdam. After a warm welcome by Gary Wolf and Yuri van Geest, Rain Ashford gave the audience an overview on how actors and sensors might be implemented in future electronic textiles. The organisers prepared the whole conference as a great framework for the European Quantified Self Scene. Therefore, the 2-day program was pretty much community-driven and set an emphasis on knowledge-sharing and networking among the attendees. 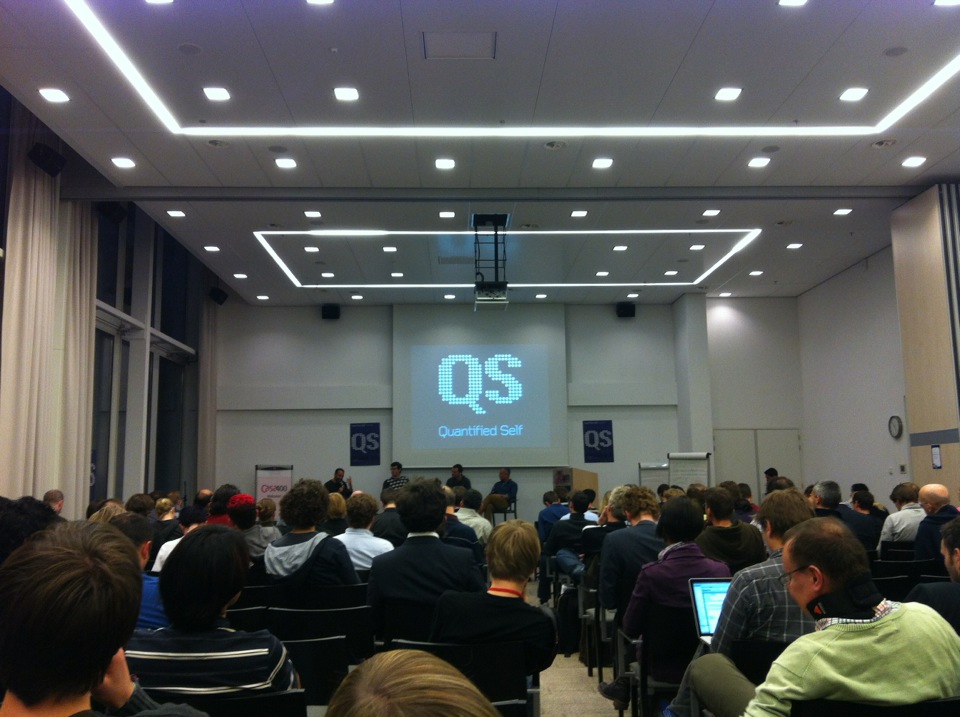 Within 24 Show and Tells, 36 Breakout Sessions and 15 Ignite Talks, pretty much everything from self-tracking, data visualization and Quantified Self business models was covered. Among the sources for gaining personal data, the 70 presenters discussed a wide range of topics from tracking sleep, emotions, brainwaves and location to relationships and browsing behaviour. Other talks focussed on connecting and visualizing different data streams and bringing wisdom into the measured data. Within the growing community of early adapters, one of the most important questions was how to bring self-tracking technologies to the mass market. Therefore, technological improvements were discussed with representatives from the sensor industry such as mybasis, and the gamification of future products was mentioned as one of the top potentials for improving user experience.

The atmosphere at the conference was remarkably open and uplifting as the whole community seemed to be amazed by the potential of the discussed methodologies and technologies. Even though the 2 days of the conference were over much too soon, it might be the beginning of some new relatioships among the European selftrackers and help to empower the develoment of the European Quantified Self scene. I am really looking forward to the German Quantified Self Meetups and to seeing many of the great people again at the American Quantified Self Conference in September 2012.

Pretty nice post. I simply stumbled upon your blog and wished to mention that I have really loved surfing around your blog posts. In any case I will be subscribing for your feed and I am hoping you write again soon!

The Quantified Self Europe Conference 2011, Amsterdam