Just like numerous other Quantified Self enthusiasts, I, too, have been excitedly awaiting the arrival of the Basis Band ever since its announcement in the summer of 2011: An activity monitor that, aside from recognizing movement intensity, can also register skin resistance, energy released by the body and the heart rate. The most fascinating aspect of it all is the optic heart rate monitor integrated into the bottom side of the watchcase, which can detect changes in skin pigment caused by the heartbeat. In the past weeks, I tested just how well this new technology works. 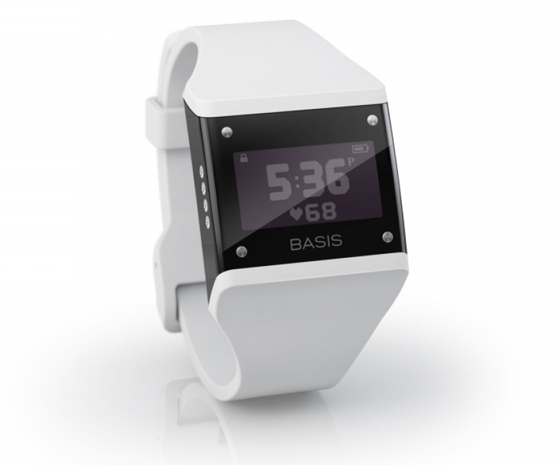 From an external glace, one can hardly see everything the Basis Band has to offer. It has a simple design and is not much larger than a regular digital watch – you can only tell the Basis Band is a health product by looking at the back. That’s where the electrodes are that measure the skin resistance and body temperature, along with the components for optic pulse measurement. Here, the skin’s surface is irradiated by the light of two green LEDs; their reflections on the skin’s surface are registered by a photocell and analyzed for systematic variations due to the heartbeat. It is especially this optic pulse measurement that distinguishes the Basis Band from all other currently available activity sensors. 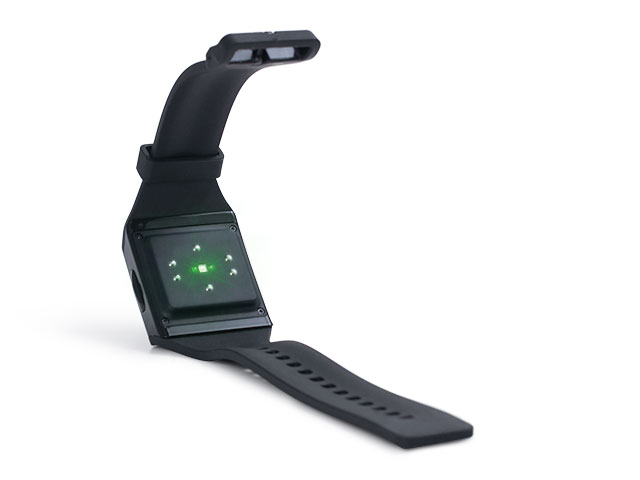 Several weeks of testing showed that this optic method in Basis Band does indeed work, but it also has its limitations. When resting and during moderate movement, the measured heart rate is very close the values measured by other sensors. However, when running, working out at the gym or during many other physical activities, the accuracy of the optic measurement does not suffice to deliver precise values. Thus, the Basis Band is not suitable as a heart rate monitor for endurance athletes. When comparing the strength of the LEDs on the Basis Band with those on the Alpha, which are both based on the same principle, their two differing basic concepts become apparent. Whereas Mio’s optic sensor is strong enough to recognize the heart rate even during intense training and for that needs to be recharged after just 10 hours, the pulse monitor on the Basis Band only partially works for physical activities, in return for which the battery lifetime of 100 hours allows a good long-term observation. The true advantage of the Basis Band therefore lies in the combination of the various values it measures, which allows a more precise calculation, inter alia. Thus, Basis’ algorithms use the difference between the temperature on the top and the bottom of the casing to distinguish the temperature released by the body in order to be able to deliver a more accurate estimate of the number of calories consumed. The recognition of sleep patterns also profits from recording different values. Thus, by combining the measurements of physical activity and changes of the resting heart rate, the onset, length and end of sleep phases can automatically be detected. In contrast to other activity monitors, the Basis Band is a much more complex sensor that, with the capacities of algorithms growing beyond movement and sleep, could provide further health-related information. 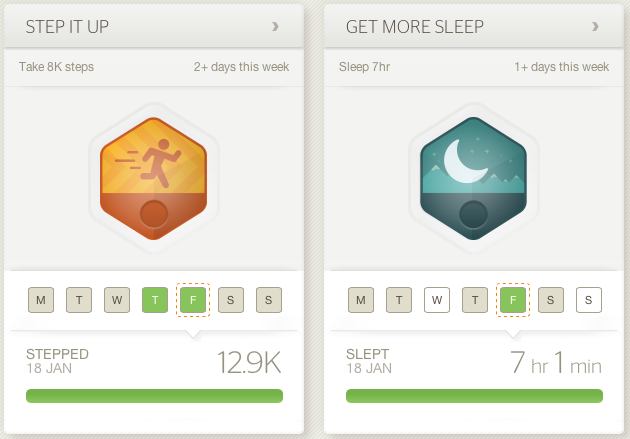 You can have a look at your measurement values on the Basis Band’s display or after uploading the data to the Basis online portal; an Android app should be available in several weeks. Aside from the current time, the display can also directly show your current pulse, your number of burnt calories and your step-count. In Basis’ online portal, which is currently in the beta phase, information about activity and sleep are the dominating aspects, from which you can choose a number of different goals. Compared to other activity trackers, the goals offered in Basis’ portal are much more specific – whether you want to sleep more, always go to bed or get up at the same time or get into the habit of a morning run – your adherence to the desired habits are carefully monitored by the sensor and visualized in the portal. In the process, Basis tries to help users who weren’t quite as successful to get back on track with a cleverly devised point system. To this end, Basis uses various game mechanics such as points and levels to playfully motivate the users to achieve their goals.

It is also possible to delve even deeper into your own measurement values. Overall activity, heart rate, skin resistance and calorie consumption can be displayed graphically over the course of a week or compared on a daily basis. This offers a detailed insight into your own data that is not possible with any other currently available activity sensor – a download of the data is currently not provided. 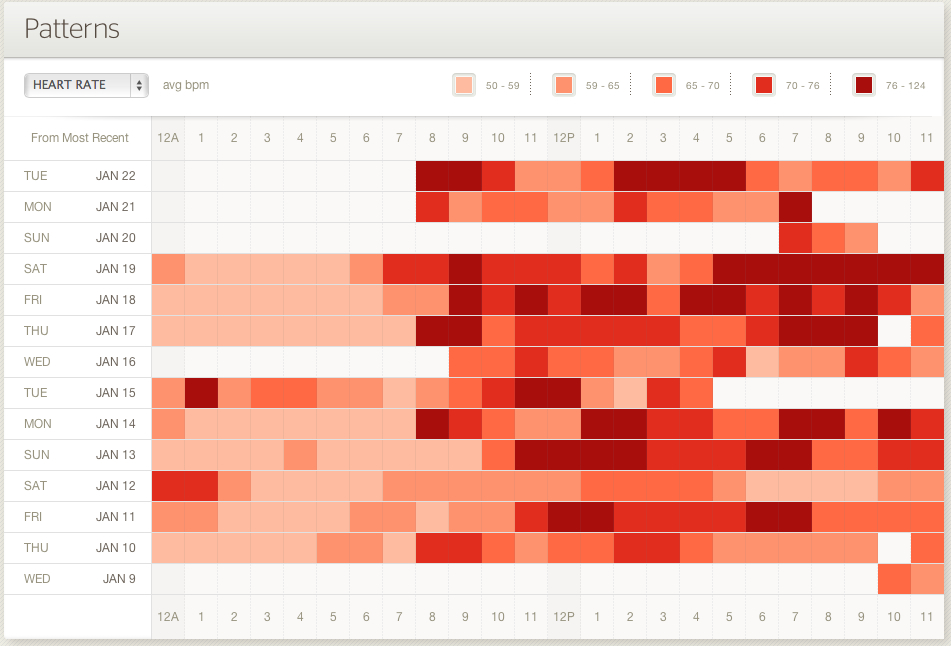 In order to view your stats on the portal, the Basis Band must be connected to a computer; but because of the current beta phase, it can take several minutes for the uploaded information to become available. However, the Android app, announced for March, in conjunction with the Bluetooth synchronization, should be able to greatly improve the user’s experience. With its four days of battery lifetime, the Basis Band for the first time enables a simple and continuous tracking of various health parameters, although it cannot replace specialized heart rate monitors for athletic training. Instead, with the Basis Band you receive an innovative product that can help create new habits. Should they succeed in producing this high-tech sensor in larger numbers and in enabling better data access with a smartphone app, I see great potential for Basis’ approach. The Basis Band could become an interface to the body, supporting people in an active lifestyle and providing physicians information that can significantly improve medical treatment. With the Basis Band, the industry is at the beginning of the trend towards such an interface. Therefore, the further development of the Basis Band remains quite exciting.

X
Talking 20 – Take a Look InsideSoftware, Sensors, MachinesWith Talking20 only a few bricks of blood are necessary to reveal a number of biomarkers. The new startup lets you gain insights into what is happenin…

Basis Band - High-tech for your wrist